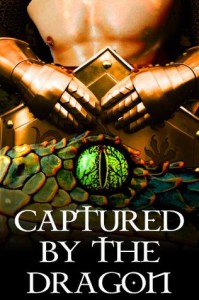 That was hard for me to rate. It constantly jumped from 2 to 3 stars.

There were things I liked:
- The writing. It transported me into the story and didn't felt like a 14 year old teeny did write it.
- There were lube! After too much Hunter Fox I'm greatful for such little things!
- The story in some kind of way. Not in a WOW-how-deep-and-emotional-way. More in a hey-somebody-has-imagination-way!
- The discribtion of the dragon. Detailed and not just the stereotype (If there is something like the stereotype dragon.)
-It had its hot moments!

I don't know if this needs a spoiler! So be warned! (NSFW)

There were things I didn't like:
- I don't know how to explain it in English. But I stumbled about this: "The strangely-dressed stranger...". You know what I mean?
- Can you put your fist into your mouth? Me not! But apparently our hero Khal! The cock of the dragon is discribed as thick as his fist. Khal just had to part his lips to let the dragon thrust its cock into his mouth. Duh!?!
- There was knotting! In some books I don't have any issues about it, but here it could have worked without!
- Here my biggest issue! I didn't like the MC one bit. But that's something everyone has to decide for themself!

And again, I don't know, if this needs spoilers. (NSFW)