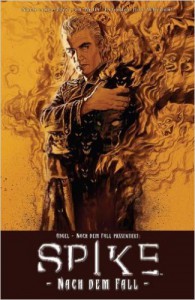 There is no denying! I love Spike!

In this comic we learn what happened to Spike after the big fight at the end of the series "Angel".

It tells the story how Spike became the (Co-)Lord of Beverly Hills and what he had to endure to get there.

And we see what happened to Illyra in the Hell-dimension.

Spike's character was cocky as always and Illurya was... Illurya. The drawings always amaze me how they look like the real actors!

A Must-Read for everyone who loved the series and their characters as much as I do!
2270 BÜCHER
Goodreads